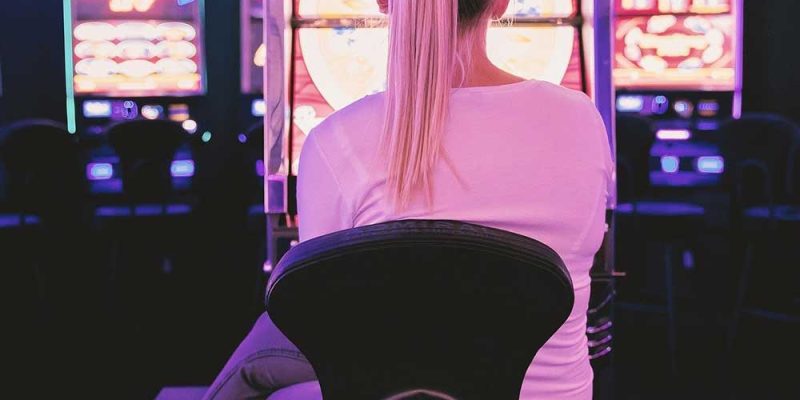 Many of the young victims of human trafficking arrive at their destinations by air from all around the world. Las Vegas welcomes around 3.5 million visitors every month, largely arriving and departing from McCarran International Airport. With that volume of people transiting it is amazing that the process functions relatively smoothly. Airline personnel governed by the International Air Transport Association have access to training that has proven to be effective; however, only in a few instances when it comes to spotting trafficked victims. In one case, a flight attendant was able to assist in rescuing a young girl after she helped her by leaving a note in the restroom. The girl had the courage to turn in her trafficker on that flight and he was taken into custody upon arrival.

Due to many efforts on human trafficking awareness, airports now display signs alerting trafficked victims that they can either call or text national hotlines for help. Those are commendable accomplishments. But we still have a lot to do to strengthen the other aspects of trafficking alertness in the travel industries.

A couple of years ago, a young girl from Lithuania arrived with airline tickets and an address where she was going to stay with her friend, who was already living here in Las Vegas. The location was a major, high-end resort on the Strip. This resort and others along the Las Vegas Strip have been implicated in trafficking instances in the past.

However, this young girl’s story leaves us with many questions: What happened to the young girl who was arrested at the airport and turned around on a flight to her home country, Lithuania? Did she go back to a trafficking ring? Was she merely returned to her friends and relatives who would be curious about why her Las Vegas vacation was curtailed? The girl she may have been sent to replace – what happened to her? We will never know because her case was seriously mishandled by the airport officials and she did not have the opportunity to provide us with valuable intel – information that could have resulted in a major bust or helped find the ringleader of a high-end trafficking ring.

The bottom line is, why was the girl singled out and detained? The U.S. Immigration and Customs Enforcement (ICE) officer told her that she did not arrive with enough cash to come to Las Vegas. This is not part of a DHS regulation and should not have been used to prevent her entry.

This is the summary of the events from the Honorary Lithuanian Consul in Nevada, Astra Michels.

“It was 5:45 am on a Sunday morning when my phone was ringing. I sleepily answered; on the other end was an officer at the Henderson detention center. She apologized profusely for calling so early but she was getting off her shift in a few minutes and called because she felt very sorry for one of the detainees who had been crying for the last two nights. Evidently, when she was detained at the airport (Friday night), she asked to speak to her Lithuanian consul and was told the consul had been informed. I was never informed. Later, I found out that the customs officials faxed the Chicago Consulate on a Friday evening and, of course, no one was in the office! The Las Vegas and Henderson officials should have had a list of local consuls that they can call. I thanked the officer, quickly got dressed and headed to the detention center.

A very attractive but very distraught young woman was escorted to the phone behind the glass to talk with me, tears rolling down her face and not understanding why she had been detained. She was tall, thin, with long dark hair and bore a striking resemblance to Selena Gomez. She looked younger than her 27 years. She told me her story, that they said that she didn’t have enough funds to stay even though she had $300, a credit card and was staying with a friend. The young woman told the officers that her mother could wire her money if she needed it. She had a valid tourist visa. The young woman was so distraught insisting that she has not done anything wrong – why was she going to be deported?! I told her that I would make some inquiries and would be back in touch with her.

The first thing I did was call the watch commander at ICE from the night that she was detained. He told me that she was being deported because she told them that she was staying with a friend and when they checked the friend’s name in their computers the friend’s visa had expired months ago. The friend was now in an illegal status. I called the consulate in Chicago to inform them of the situation. After this call, I phoned the Swedish Honorary Consul, Lena Walther, for guidance as she has had similar situations surrounding trafficking victims.

I returned to the detention center and asked the young woman some questions: who was her friend, how well did she know her? She said that they were good friends, but when I asked when the friend’s birthday was she didn’t know. She didn’t even know how old her good friend was? I asked her where the friend lived, did she work? “Oh, she doesn’t work, she lives with her boyfriend at the Wynn.” I asked for the friend’s phone number so that I could inform her what happened, but the young woman didn’t have it as she was not allowed to take her phone or purse to the detention center. Then I suggested that she should thank her lucky stars that she is being deported because her friend’s visa had expired long ago, and no one lives at the Wynn. She could have been trapped in a trafficking ring the rest of her life! Sadly, I told her that there was nothing else that I could do for her. She seemed completely dumbfounded by the news that her friend’s visa was expired but nevertheless very unhappy that she couldn’t visit the U.S. She was deported the next day (Monday).”

Shortly after this incident, the Nevada Consular Corps requested a meeting with the director of ICE. He was very familiar with this case and said they handled it according to regulations. However, we felt that there is a need for improvement. A possible victim or recruit of traffickers was sent back to her country rather than letting the authorities investigate the circumstances around her travel. This does not reflect incompetence of any of the officials, but rather a lack of training.

What could be done differently?

All airport Customs and Border Protection (CBP) personnel should take a DHS Blue Campaign or any law enforcement training course that will help them recognize particular signs of human trafficking.  It should be mandatory. CBP officers should take a refresher course as traffickers are very clever. The course should have some problem-solving scenarios for which the attendees must apply reasoning to respond to the questions. The Department of Justice and law enforcement agencies have some pinpointed training that will teach them the signs, triggers and how to ask questions to get pertinent responses from the victim.

Simultaneously, all consuls should have access to the training or courses so they can stay updated on the interfaces and laws that are required and used in these types of cases. This will help them assisting CBP, airport authorities and their respective citizens with local law enforcement as it pertains to trafficking.

In addition, we need to think in depth about the rights of the trafficked persons. Should they be represented by a lawyer or at least by their consulate?

What should have happened?

In summary, human trafficking is modern-day slavery. It manifests itself in various ways. However, our youth is key helping them to get out, help them on physical and emotional levels. They also need to be able to reintegrate into society. Local groups like Awareness Is Prevention and others help but need to work together like triage. Support from local, state and federal government agencies is key for nonprofit organizations helping young victims. Ultimately, AIP brings awareness to our young people in schools, other agencies help the young people after they leave slavery, and others help them get back into a “normal” life. Ultimately, our goal is to help these young people who are innocent become aware that they are being trapped in a veil of deceit and threats.

The article was first published in Homeland Security Today on February 7, 2019 by Lena Walther.